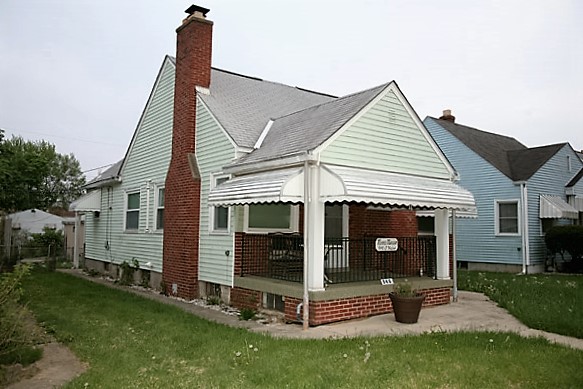 They are alive & well in Central Ohio. You may need to compromise a bit on your preferred location, but great investments are out there just waiting for you to practice the cool things you see on HGTV.

Starter homes were largely viewed as a dying breed, but according to a recent survey, millennials are showing renewed interest. They believe the starter home may help turn them into a homeowner more quickly.

Six in 10 millennials recently surveyed by Berkshire Hathaway HomeServices expressed an interest in purchasing a starter home, seeking a place that may require some TLC and that they could fix up over time. Such homes tend to be more affordable and may offer them the ability to build credit and become a homeowner sooner, the company’s latest Homeowner Sentiment Survey reveals.

Millennials say the top reason they’re staying on the fence in moving forward on a home purchase is because they’re struggling to save to buy their dream home. Of those holding out for their dream home, half of respondents cited the desire to go through the home-buying process only one and 37 percent said they don’t want the hassles of renovating an older home.

But others are giving a second look to homes that may require a little more work.

“Starter homes can provide first-time buyers with independence and an attainable investment,” says Gino Blefari, CEO of Berkshire Hathaway HomeServices. “The process of buying one – while never easy – may not be as difficult as it’s perceived it to be.”

Overall, current and prospective homeowners — particularly millennials — are growing more optimistic about the direction of the housing market.
Sixty-six percent of current homeowners and 63 percent of prospective home buyers say they view the real estate market favorably. Millennials, ages 18 to 34, were the most optimistic generation with a 74 percent favorable view of the real estate market, the survey showed.

“Although the idea of a rate hike can grab headlines and initially create some unease, it’s important to remember rate increases are often the mark of an improving, healthy U.S. economy. That is the case today.”

We're always available to help out, get in touch with us any time, or shoot us an email.

Thank you for contacting us, we'll get back to you shortly.

Sorry, we are unable to send your message at the moment. Please try again later.